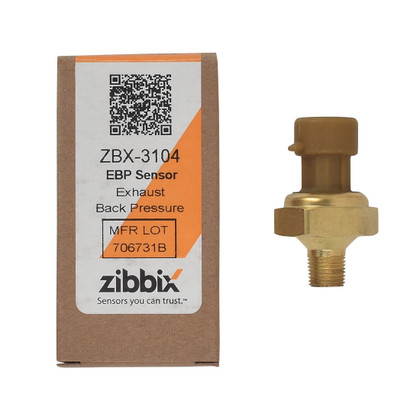 ZBX-3104
Zibbix™ pressure sensors are the only sensors on the market directly from the OE supply base, produced on OE production lines, under OE quality control packaged and sold directly to the aftermarket.  EBP (exhaust back pressure) sensors live in one of the harshest environments a sensor can live in, interfacing with hot engine exhaust that is full of oily soot.  Zibbix™ Sensors use modern, patented technologies and the highest-grade materials available in the market, period.  Zibbix EBP sensors are designed to withstand higher temperatures and harsher operating conditions than the OEM sensor was capable of.  The Zibbix sensor implements high-grade materials for superior strength and corrosion resistance, upgraded internal technology as well as upgraded Dupont® thermoplastic material in the electrical connector capable of withstanding higher temps in the engine compartment.  Lastly, these parts are designed with an o-ring at the crimp joint, which is machine-pressed into the sensor’s metal housing and robotically crimped for uniformity.  The OE parts (and most aftermarket parts) use inferior RTV silicones and other adhesives, laid in a bead along the crimp joint to make their environmental seal.  Our o-ring design at the crimp joint creates a 360° static compression seal, far superior to any other environmental seal found in these types of sensors.  Without a strong environmental seal, over time moisture makes its way into the sensor leading to short circuiting and failure. 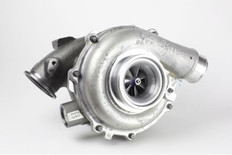 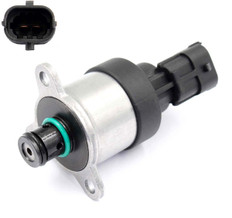 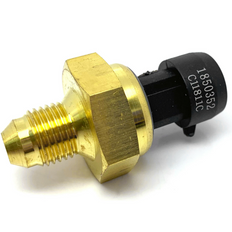 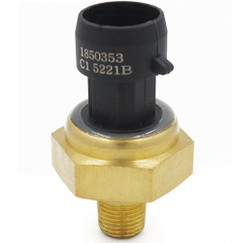